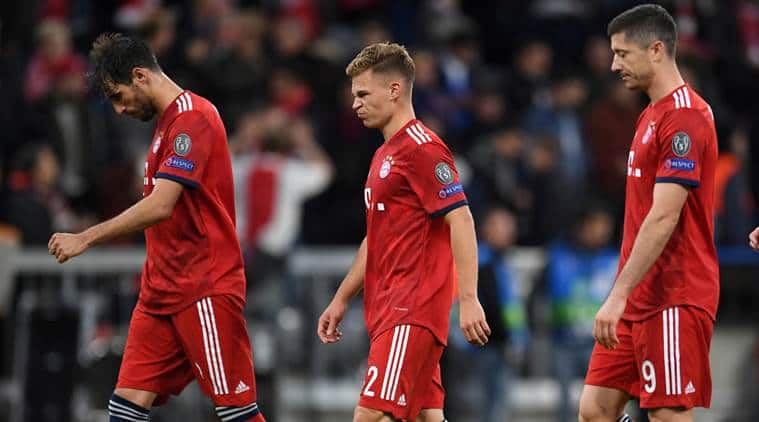 Bayern Munich’s trip to VfL Wolfsburg this weekend could represent one of the last chances for under-fire coach Niko Kovac to turn things around for the German champions, who have failed to win any of their previous three Bundesliga matches. A low-key appointment who took over at the start of the campaign, Kovac has so far failed to make an impact, his team currently on a run of four straight games without a win in all competitions, including the Champions League.

The Bavarians, who have won the last six league titles, sit in sixth place on 13 points, four adrift of leaders Borussia Dortmund. They also travel to AEK Athens for a Champions League group game next week. A German Cup winner with Eintracht Frankfurt last season, Kovac has struggled to get the best out of his squad, with club president Uli Hoeness showing concern over their current form when he watched training from his office window on Wednesday.

Kovac has had some good news, though, with Leon Goretzka, Jerome Boateng and Rafinha all back in training following injuries and available for Saturday’s match. “I am fit again and I am an option for the coach on Saturday,” Brazilian fullback Rafinha said.

His club needs him desperately to plug a porous backline that has let in more than a goal per game, an unusually bad record for the Munich club. But Kovac, under mounting pressure with each failure to win, has received vocal support from colleagues at several Bundesliga clubs, including Wolfsburg.

NOW OR NEVER
“A couple of weeks ago Bayern were in a class of their own and Kovac was seen as a coach who can walk on water,” Wolfsburg sporting director Joerg Schmadtke said. “Three weeks later, Kovac is suddenly not in a position to give his team a plan and Bayern will shut down? That’s just not right.”

However, Schmadtke’s team is in just as much need for points to climb up the table and the timing of their meeting against a struggling Bayern side could not be any better. “When Bayern have a phase like the one, people say ‘it is now or never when it comes to beating them’,” Wolfsburg forward Daniel Ginczek said.

“Let us not forget they have brutal quality and arguably the best squad in the league. But we will analyse them and exploit their weaknesses. At home, we have earned points against big teams this season so why not against Bayern?” Dortmund, top on 17 points, hope to make it four wins in a row when they travel to bottom side VfB Stuttgart.

By far the most exciting team to watch this season, Dortmund have scored 23 goals in seven matches, almost double Bayern’s tally, to stake an early claim for this season’s title.

For all the latest Sports News, download Indian Express App