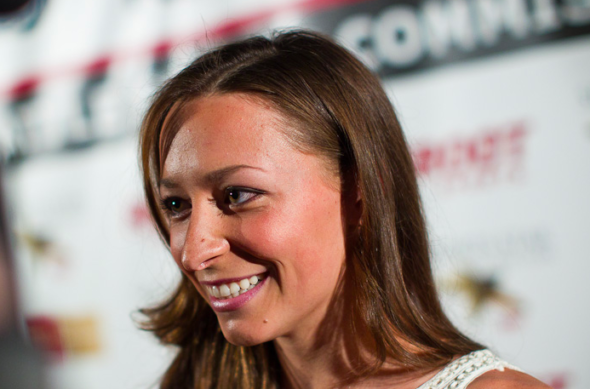 Former Olympics swimmer Ariana Kukors Smith said many important things Monday in her press conference in downtown Seattle when the Federal Way native and former University of Washington athlete announced she had filed suit against USA Swimming for failing to protect her from the coach who she said preyed upon her sexually for years.

From a sports-culture perspective, her most important point was this:

“This lawsuit is about holding people accountable who should have protected a 15-year-old girl. I needed help and there were people in positions of power that could have helped me.”

Without judging the merits of her lawsuit — her coach, Sean Hutchison, has denied her claims that he manipulated her into a long-term, sexually abusive relationship, even as they lived together in Seattle, and has not been charged with a crime — Kukors Smith speaks to a profound violation of the trust between coach and athlete that is rocking the foundation of sports.

Unto itself, her story is shocking — she disclosed it publicly for the first time in an intimate, powerful essay published Feb. 8 and linked here.

Then to take it in context of the news a few days earlier that Michigan State University agreed to pay an astonishing $500 million settlement to 322 women who were sexually abused by Dr. Larry Nassar under the guise of medical treatment in the Spartans athletics department, the heinousness nearly overwhelms the capacity to grasp it emotionally and intellectually.

Truly, most of us do not want to know.

Many do not want to know the truth behind some of the “weeper” stories NBC loves to show us every Olympics to get viewers to care. Many do not want to know that the lovably crusty Penn State football coach, Joe Paterno, protected his predator assistant, Jerry Sandusky.  Many do not want to hear that Hutchison, 18 years older, allegedly groomed Kukors from the start of their sports relationship, began having sex with her at 15 but waited until she was of legal age at 18 before having intercourse.

Because we seek to deny the reckoning, sports executives, federations, universities, networks, even coaches and teammates, take the culture’s willful ignorance as a tacit signal that maybe it’s OK to look the other way. Because there are medals to be won and money to be made.

Yes, the management of personal relationships between coaches and young players is fraught. And both parties are entitled to some privacy. There’s always the chance for error, which often results in a lawsuit and/or a settlement.

In the case of Kukors Smith, she admits to lying about the relationship to USA Swimming after a 2010 story in the Washington Post prompted an investigation about an improper relationship between an unnamed coach and athlete. She lied, because she feared the truth too. In 2011, the federation’s investigation found nothing improper, partly because no one who knew said anything, and partly because the people in charge didn’t really want to dig.

“Organizations like USA Swimming have long been in a position to deter, detect and discipline sexual abuse and have done little or nothing to do such in an effort to protect their public image,” she said Monday. “By doing nothing, it enabled Sean Hutchison to abuse me for a decade.”

The federation and the coaches such as Hutchison, an assistant for the U.S. team in the 2008 Games in Beijing, hold make-or-break power over the athletic futures of kids and their families. They have way too many conflicts of interest to ask hard questions of themselves, and are no better at self-regulation than the NCAA.

While it often has been popular to counter a national scandal with a national government solution, federal intervention to prevent sexual misdeeds in sports is not going to work any better than Prohibition worked to keep people in the 1920s from drinking. Especially with the current federal government, which, if President Trump has his way, will in two years consist of one FEMA trailer, one broom and two guys arguing.

The answer rests with athletes of stature taking action, as Kukors Smith, the 2009 world champion in the 200-meter individual medley who was fifth in the race at the 2012 Games, has done.

But even a legal challenge and victory is at best a modest deterrent. Most predators already understand their actions are wrong, and take great care to avoid detection.

What Kukors Smith, who retired from the sport in 2013, and the many aspiring U.S. gymnasts violated by Nassar, need to consider is creation of a program of retired athletes who make themselves available for an active support system by current competitors who feel threatened, scared or suspicious.

The veterans shouldn’t be affiliated with the U.S. Olympic Committee or any of its federations and must be distant from NCAA programs so they have the freedom to provide the individual support that a victim of abuse needs.

Most young athletes who aspire to national class are so primed to please that they cannot bring themselves to offer ghastly news to family, friends or any authority figures. It’s a venal pressure-cooker from which they have nowhere to turn when their coach becomes predatory.

Make the program’s existence loud, proud and unafraid to shame the USOC, the federations and the schools who are implicitly complicit in keeping predatory behavior in the dark. And while the conversations remain private, make the support organization sufficiently relevant that some attorneys and investigators will help do the necessary work to screen legitimate grievance baseless allegations made by jealous rivals, contemptuous parents and poseurs.

Smarter people will have more refined ideas, but younger athletes counseled by independent older athletes is a stronger lift than any help organized by the powers. To listen to Kukors Smith, to listen to the victims of Nassar, is to wonder how they can ever re-learn to trust, a vital virtue of human interaction and an essential component of team and individual sports.

Connecting the veterans early with contemporary athletes would help, at a minimum, avert the sort of long-running manipulations evident with Kukors Smith and many of Nassar’s victims.

As Kukors Smith said, people in positions of power were silent and inactive, which made them complicit. To whom do the kids turn?