‘Purpose’ Is Common Theme At ANA Masters Of Marketing 10 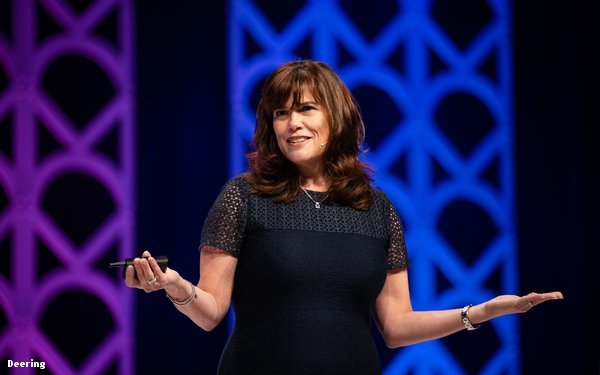 ORLANDO, Fla.— Brands that have a deep understanding of their purpose do a better job of connecting with their audiences.

That theme emerged in several of the presentations at the annual Association of National Advertisers’ Masters of Marketing conference. While chief marketing officers last year spoke about activism, this year the leaders seemed focused on looking inward.

Susan Deering, eBay CMO, noted that both Ancestry and FedEx talked about purpose in their presentations.

“Purpose, it matters,” Deering says. “You cannot be a dynamic brand if you do not know what your brand stands for and the purpose that you drive.”

The e-commerce company is build on the premise that “people are basically good,” she says. “Our business is built on trust. Building this trust is super important to our consumer.

“No surprise, you all are facing [this issue] as well. Customers over and over tell us they want to do business with the brands they trust.”

While data is important, it’s not the end-all, she says. “Having data is great, knowing what to do with it is key,” she says. “You have to ground yourself in trust, purpose and connecting with your customer in an authentic way.”

Lisa Borders, president of the WNBA, likes the data she is seeing. When she took over the organization, attendance was flat and all of its pay per impressions (PPIs) were on the decline. Now, both regular season and all-star attendance is up, social media followers have climbed to 14 million and merchandise sales have increased by 18%.

From a marketing perspective, the organization’s “differentiation attributes” are its players, she said. And while she described several of the multi-Olympic medal winners as “bad,” they are also educated. Players must have four years of education post-high school in order to be eligible for the draft.

Rajesh Subramaniam, chief marketing and communications officer at FedEx, said its network of employees is key to its success and is highlighted in the “Possibilities” campaign. He showed the anthem spot, “What’s Inside?” which debuted in September.

“Even though I have seen it dozens of times, it still makes me smile,” he says. “It brings to life the global impact FedEx makes every day.”

The decision to shift the company’s advertising direction was not easy, he says.

“It was working and it was near and dear to our hearts, but it was time to evolve,” Subramaniam says.  New research showed the company needed to widen its lens to resonate with audiences around the world.

“The great news is, we didn’t have to look any further for inspiration than our founding story,” he says.

14 million packages are delivered daily, but FedEx’s purpose is so much more than that number or any other number, Subramaniam says.

He showed “Tortoise and the Hare,” a heartstrings-tugging story of a child losing her treasured toy and her resulting sadness, which is alleviated when the toy reappears, thanks to a FedEx delivery.

“I believe FedEx has earned the right to tell these stories because they are authentic to our purpose,” he says.

Vineet Mehra, CMO of Ancestry, also showed several emotion-driven spots and talked about the company’s purpose: “to enable journeys of personal discovery that collectively inspires a world of greater understanding and belonging.”

The company uses customers, not actors, as the voice of  that purpose.

A spot that debuted last summer is what he calls a “tentpole moment.”

At the time, dreamers were being deported and the Ku Klux Klan was marching in Charleston.

“It was absolutely frightening,” he says.  “We looked at our product and asked what we could do in response.”

For the spot, the company brought together descendants of the 56 Founding Fathers who signed the Declaration of Independence, based on their DNA. While their ancestors were all white men, the group included both men and women of other races.

That video has been viewed more than 500 million times globally.

During his opening remarks, ANA CEO Bob Liodice challenged the attendees, saying that the marketing industry is unproductive, unsustainable, undesirable and untenable, and it’s up to marketing leadership to display “guts and courage” to drive growth across all industry sectors.

“This is an indictment of our industry,” he said. “It’s also a wake-up call for the leadership in our industry to enact the necessary change to drive better business and brand performance.”