One of the most exciting yet challenging parts of content marketing is change. As newspapers and journalists widen their understanding of SEO, it’s becoming harder to achieve links and that’s before we account for Google updates that cast a discerning eye over the content that you are producing. 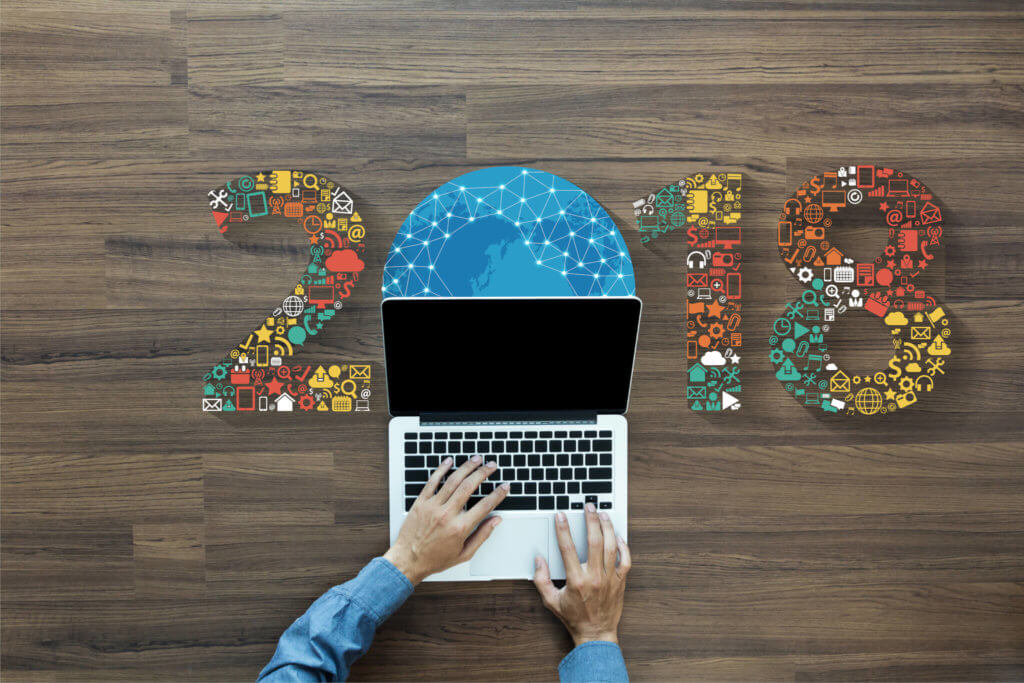 As a result, content trends ebb and flow with successful content campaigns usually following an A/B testing format. Content is typically produced and then pushed into the public domain with results closely being monitored in a bid to understand what type of content truly works.

As we observe our own efforts, as well as the efforts of competitors, we can start to identify trends and patterns emerging, whether that’s a particular form of content or a change in target audience. So, what trends have dominated 2018 so far? Read on to find out…

You can argue with speculation, however, data is concrete. Major news publications are now having to compete with an increase in clickbait and fake news so it’s more important than ever to be able to back up your claims with undeniable facts.

Data intensive stories can consist of a simple press release with data tables or a large interactive asset that allows users to quickly sift through the facts and figures. An example of one of our data stories is a piece that we put together for our client .

We used data to find out how much football fans spend on watching their favourite teams. Not only did the data give us plenty of news hooks, but the hard numbers appealed to a plethora of news sites including The Mirror, which liked the number-intensive story.

Influencers are being used to add credibility

Contrary to popular belief, influencer marketing isn’t dying, it’s just being approached differently. Many digital agencies previously relied on bloggers to get links or promote products, but as Google devalued sites that were obviously accepting payment for links, the wave of influencer marketing suddenly faded – before roaring back in a different form.

Influencer is by no means a dirty word, but it is all about the approach. Instead of being targeted for links, influencers are instead being used to add credibility. Of course, government and academic institutions such as universities are among the primary targets, but experts in a particular sector relevant to a project may be leveraged for additional insight that can turn a bland campaign into a useful resource. That additional authority could just be what your campaign needs to stand out in a sea of noise.

Nostalgia, disgust and shock are all emotions that are prevalent in many content marketing campaigns, and for good reason; they trigger a response and – in turn – gain traction with the press.

From a news perspective, stories that are rich in emotions encourage readers to engage. The opening of a discussion drives more clicks to the news source and more traffic for the newspapers. From a marketer’s perspective, the more people talking about a campaign means the more traffic through to the website as well as a healthy influx of links. A great example of emotive content is the .

The six-part series focuses on eight football-obsessed micro-influencers who are part of the Tango Squad community. In the video, the influencers are managed by Xabi Alonso and train with prolific clubs. The series builds upon the existing network of Tango Squads, which is made up of football fans that communicate via apps and gain exclusive access to football content, product reveals and sponsorship opportunities.

How did the video series perform? The longest episode received more than 600,000 views, and that’s not to mention the plethora of coverage and links the campaign picked up. What really worked for this campaign is the interesting video content, the use of influencers and – of course – the high energy and emotions that resonated with fans worldwide.

Personalisation appeals to the masses

According to research from Invesp, 53% of online shoppers believe that personalisation is valuable and up to 57% of shoppers are willing to give away their personal information in order to benefit from personalisation!

It’s highly likely that you will have heard of the “” campaign by Coca-Cola, where the company launched new labels on their bottles with the phrase “Share a Coke with…” and a person’s name. With so many bottles featuring different names, Coke drinkers were quick to buy one with their own name on it and share a picture on social media.

The clever use of personalisation compelled users to engage with and share the campaign online and offline. Though the concept was simple, it worked – but how do we apply personalisation to our own marketing efforts?

The truth is, it’s about being relatable and making a connection with your audience. One way we like to do this is to ensure that our digital campaigns have a regional angle where possible. A regional angle opens up new paths to publications that you might not have considered and uses localised content to personalise a wider story to a smaller, tailored audience.

Campaigns that use surveys in different cities are particularly great for regionals and having unique personalised data may appeal to overlooked regional journalists that still want great content.

In some ways, 2018 has revealed… more of the same. By that we mean the most successful campaigns we have seen have all fallen into clear sectors. Looking at nationals such as The Mirror, The Express, The Guardian, The Telegraph and The Times, each publication has a different audience, but there is something that the outlets have in common; the subject areas they cover.

All five newspapers have dedicated sections for news, sports, finance, travel, tech and entertainment stories. This tells us that the campaigns and content that we create are likely to fall into one of these categories – it sounds obvious but you’d be surprised how often it’s forgotten by marketers!

More of the same doesn’t have to mean churning out the same content or story – in fact, we’d heavily advise against that. In contrast, you don’t want your story to be so niche that it doesn’t fit into any of these areas. Instead, think of your area of focus and be niche within that area. This means thinking up innovative, creative ideas that are newsworthy, easy enough to categorise and make sense for journalists.

Are you hoping for some trend-setting content but are feeling a little overwhelmed? with our team to find out how we can help you create compelling, newsworthy content.